Neutral-ism is configured and presents itself as a multiform artistic movement, innately eclectic, driven to bring together the widest range of tendencies, even those that are opposing, though not for that reason irreconcilable; it expresses and redeems the malaise created by intense contemporary incomprehension and the thousands of fertile divergences that spring from the encounter with, or the forced or spontaneous coexistence of, different cultures. It is founded on the vital presence of differences.

Neutral-ism places at the center of this dialogue or intermirroring of different cultures its neutral and universal Ism in order to produce a civil and expressive encounter between these differences, which are valuable because they address, and perhaps even resolve, the issues posed by intercultural exchange, and the contaminations and metamorphoses of a world by now globalized.
Neutralist Art serves as the flexible and patient balancing point between the detached and excessively superficial venture of pure conceptualism and the arduous and intricate nexus of informal art.


Neutralist Thought thus positions itself in a polemical relation to all contemporary work that has privileged and elevated concept over emotion. It is because of this that the Neutralist Movement distances itself from frigid, purely conceptual art that lacks any direct imprint of the maker. We hold, in fact, that a work realized and forged through the use of reason alone is deprived of its fundamental framework and constitution, which is a humanistic one...

Only the artist is capable of transferring this humanistic component to a work through his or her intervention as creator, independent of any theoretical or concrete obligation, or worse, any technical or technological prosthesis that prevents the artist from fully transferring or revealing the emotive component of the senses and the feelings associated with them. Art is emotion, an eternal human gesture: everything else is but a bizarre form of experimental communication.


Neutralist Art also distances itself from so-called informal art, which seeks to deny the value of all artistic intuition or practice that would involve the luminous filter of reason. 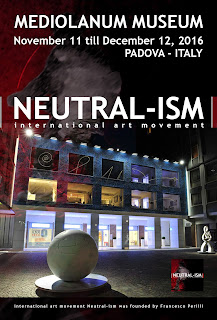 In contrast to informal art, which in fact empties the work of any formal allegiance or value enthroning, rather, the antithesis of form itself- Neutralist work represents the inverse, a process of wearing down, canceling, disfiguring, or blunting the contested form (because it might not be shared or found worthy of being perfected, or worse, dismissed as obsolete or out of date) but in a constant and progressing evolution. Working in a post-formal condition, forma mentis, and even habitat, the Neutralist artist will insist on and travel in the direction of a tempered, neo-formal, neo-humanistic, metamorphic, and universal language. With regard to the two opposing, established approaches, one embracing pure conceptualism, the other informal art, the neutralist position supports a choice in which instinct and reason comprise and together guide the work - together because the absence of either would deprive the work of the humanistic state of mind of the author, stripping the message of concrete intellectual worth. Thus Neutral-ism shuffles the deck, ballasts the negative attributes and forms of languages whose expression has been institutionalized or scleroticized, and sweeps away any dogma that could pose an obstacle to dialogue. It sustains a past that projects into the future and a future that sinks itself into the past, in a universal, diachronic, and remixed history where the values that permeate us most can be reinterpreted, reshaped with a freedom of intent and language, made equal among the range of different artistic and cultural possibilities.


As at the dawn of time and the genesis of the world, the cycles of beginning and end, form and formlessness, devour one another, in the ceaseless transformation of life and material, languages and silence, in a dynamic succession overlaid with images and creations - neutralist works, photograms between space and time, conflagrations of imagination, and shards of emotion embody a new and dynamic form of art. It is in this process that the creator is absolutely free to decide, value, inventory, and regenerate the remains of forms that he finds eternal, positive, cosmogonic, or somehow useful to his mission.


Neutral-ism is founded on the pillars of material, the roots of spirit and reason - conscious, indeed certain, that Nature will always remain fatalistically neutral, and never partial except by chance. The common denominator for all diversity, which is harmonized in a rhyming, lyrical riot of oxymorons and oppositions, finite infinities Neutral-ism, then, as a platform for dialogue, blackboard of people, a transparent, secular coming together where each person asserts and respects the freedom of all to speak their mind. Neutral-ism as an open laboratory where artists can be given their voices back.


Just as in a mathematical equation the result is the combination of its parts, so with the successful expression of Neutral-ism the cultural message derives from the unity of the work and not its individual components.

The Neutral-ism movement does not consider to be truly artistic those experimental dynamics and forms of communication today approved as works of art  and which remain no more than obsolete and simple-minded assemblies of photos, video, costumes, design, performance, or pseudo-installations where the presumed creator becomes a director or architect of extravaganzas, chatter and debate, elegant or up-to-date inanities that have been hatched by millions of self-styled artists, acolytes of Emptiness; and where tailors, designers, advertisers, creative industrialists, have illegitimately invaded and occupied the museums, mangling the very meaning of a Contemporary Art too often reduced, alas, to the luminous, desublimated self-referential contemplation of merchandise. We reject the conformist identification of the work of art as a product to be consumed, pure and simple, by now stripped of its necessary qualities as a social good and a vessel of lay spirituality.

Not everything is or can be -or worse, can become- art, because if everything can be art, then nothing can be Art, which has never been, nor can now be reduced to, or theorized into, an elegant receptacle or dynamic, all-expressive container into which you can introduce, park, or dump every type or scrap of tedious acclaimed frivolity. 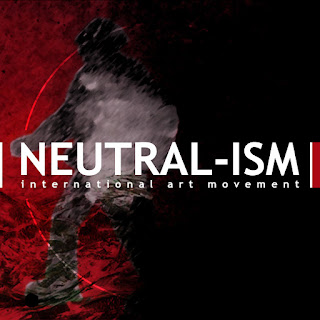