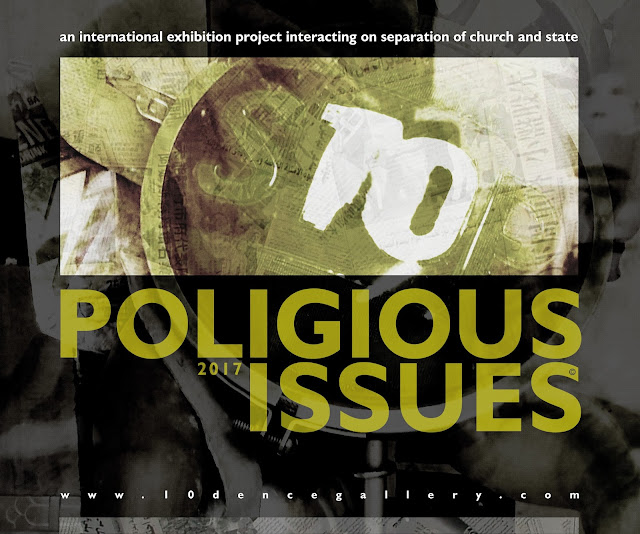 separation of church and state - the metaphor and the constitution

Poligious Issues, is an international exhibition project developed and curated by the Dutch contemporary artist Ron Weijers for 10dence art collective. The concept for the Poligious Issues project has been positioned on the conflicting co-exsistance of political and religious issues and values within the international governmental climate of this time. Separation of church and state, the secular state as an essential ingredient to be able to create a prosperous and successful multiform and multi-cultural society, has been developed internationally into a hot and problematic issue. The title "Poligious Issues" as a title, has been developed by merging the concept's basic keywords: politics and religious. Emphasizing the relation of each to the other conceptually. Goal of the Poligious Issues project, is to generate a platform of artistic reflection for the more than 50 participating artists from all over the world and from a large variety of political and religious backgrounds and to stimulate dialogue and discussion related to the concept of the Poligious Issues project that will be programmed for exhibition within the Netherlands, Belgium, Austria and Bulgaria in 2017.

The Poligious Issues project has been created to conceptually address the growing conflict of religious values and the international political climate within the global community. A constitutional statement like; "Separation of Church and State" profiles itself as a motto for progressive idealism. However its mandate is increasingly open for worldwide debates and discussions. Evaluating the adage "Separation of church and state" is the fundamental drive serving the Poligious Issues Project. Poligious Issues intends to create viewer dialogue and to stimulate conscious perspectives relating to our global state of affairs. The multiple critical social aspects, as available within the Poligious Issues concept, will manifest themselves primarily within the development of the conceptual works by the participating international group of artists, which will serve as the foundational content for the Poligious Issues exhibitions. The artistic freedom of the participating artists is insured and will be essential in order to guarantee a maximum interaction in favor of the project itself. The Poligious Issues project claims to be an international platform in favor of those participating artists. Stimulation of new artistic creative cooperation formulas, researching artistic boundaries and the exploration and development of new network possibilities on an international level are applicable within the roots of this project. Weijers is a networker and he therefore chooses to be affiliated with several national and international artistic networks like for instance: GAP - Global Art Project, HAF - High Art Fridays community and the Neutral-ism movement. His overall intention and goal is to transfer the Poligious Issues concept by means of exhibiting this project to the public and to confront and to stimulate awareness, discussion and dialogue with the spectators of Poligious Issues exhibition project.

In the world today religion is a resurgent and potent force. It is a force for stability, a source of safety, replenishment and comfort, and a driver of change. Much of this is positive change, but some of it is also negative as is clearly manifest through terrorist violence that has often been justified in religious terms. Understanding the religious experience and motive – in particular, their root causes – is critical for governments to understand since they exist to protect the public good within their ambits of responsibility. This is important for governments everywhere including within secular, liberal democracies. Only with understanding can they develop the social policy and security-related frameworks that are needed to both preserve the current equilibrium within society, as well as to ensure people‟s human rights are protected.

The separation of church and state is a concept defining the distance in the relationship between organized religion and the nation state. It may refer to creating asecular state, with or without explicit reference to such separation, or to changing an existing relationship of church involvement in a state (disestablishment). Although the concept of separation has been adopted in a number of countries, there are varying degrees of separation depending on the applicable legal structures and prevalent views toward the proper relationship between religion and politics. While a country's policy may be to have a definite distinction between church and state bodies, there may be an "arm's length distance" relationship in which the two entities interact as independent organizations. The concept parallels various other international social and political ideas, including secularism, disestablishmentarianism, religious liberty, and religious pluralism. In many European countries, the state has, over the centuries, taken over the social roles of the church, leading to a generally secularized public sphere. 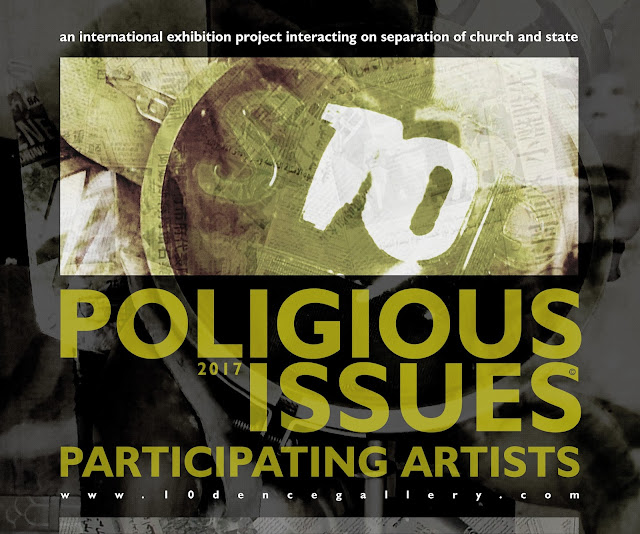 the organization of the Poligious Issues project is affiliated with:
. 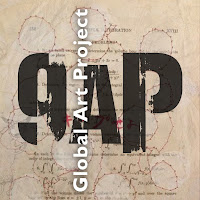 No part of this website may be reproduced or used in any form or by any means
graphic, electronic or mechanical, including photocopying or information storage and retrieval systems
without the prior written permission.