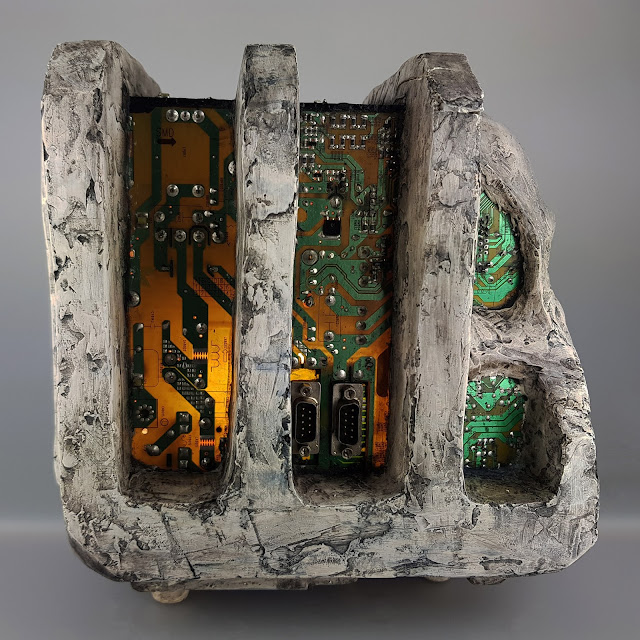 Peter's artistic roots are founded in the underground subculture of the early 90's, where he developed his enormous do-it-yourself mentality. Instead of going the the local arts- academy he chose his own path of trial and error. This resulted in a wide range of experiments, from living off the grid, producing his own food and practising zen and the art of motorcycle maintenance to welding  in the docks and organizing film and theatre events. From the beginning of the 00's he focuses  more and more on his own artistic qualities involving photography and sculpture. Together with some local art students they started to make their own exhibitions in empty buildings and experimented with performance and film. Soon after he and his group visions-of-the-north made huge installations with theater-performance connecting ancient rituals to industrial scenes. This eventually led to the making of a short film : Motum, where a agricultural machine from the industrial revolution meets the one of the gigantic factory's of the chemical industries of Delfzijl. Nowadays Peter tries to concentrate on sculpture and installation. Peter works and lives in Leermens, a small town under the smoke of the energy plants of Eemshaven a region in the north of Holland where the extraction of gas causes serious earthquakes. Peters work is in private collections in the Netherlands, Germany, Spain and Denmark. 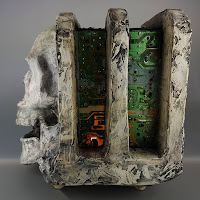 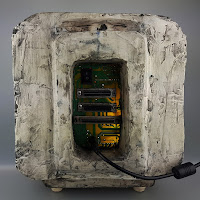 Late 2007 I began to experiment with printed circuit boards, the small complex labyrinths fascinated me tremendously ; as if you would look down from far away in space on our urbanized, industrialized world. And in a way they actualy depict our fast changing world of hightech and the increasing impact on our planet through the related run on resources.   As I've been working with recycled materials for years I began to notice the increasing amount of e-waste populating the waste heaps of our society, as a result of the fast development of electronics and the cheap production in the east. As I was dismantling al sorts of e-waste and extracting their entrails I was wandering if people ever got to see what's behind all those carefully designed exteriors. I decided to confront people with their waste giving them a chance to meet the hardwa that is ruling their lifes. Thus came the first so called circuit-board-sculptures: geometric shaped light objects ​​of metal and circuit boards with a metaphysical character, like archeological artefacts of unknown worlds from a distant past or a near future. Adding the light not only emphasizes the aesthetic beauty of the electrical labyrinth, it also gives an idea that they are (a)live. This concept I have been using eversince. The impact of western society, through science and technology on our connection with nature is important theme in my work. 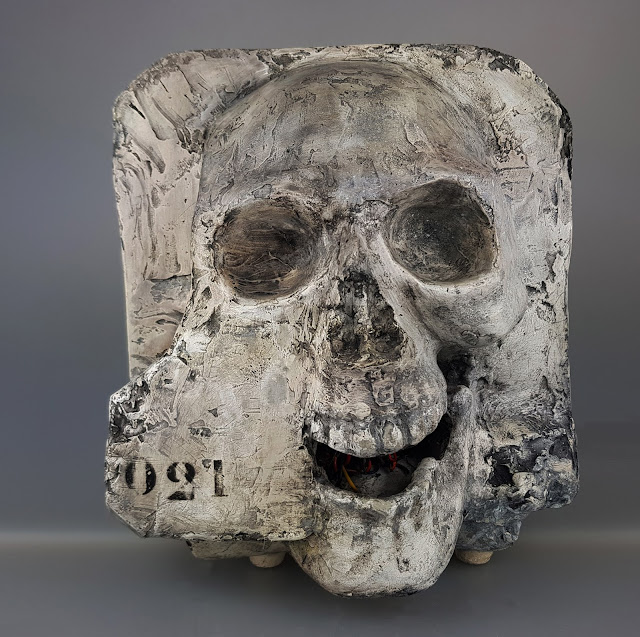 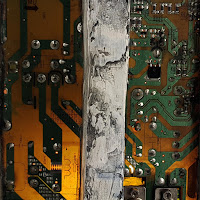