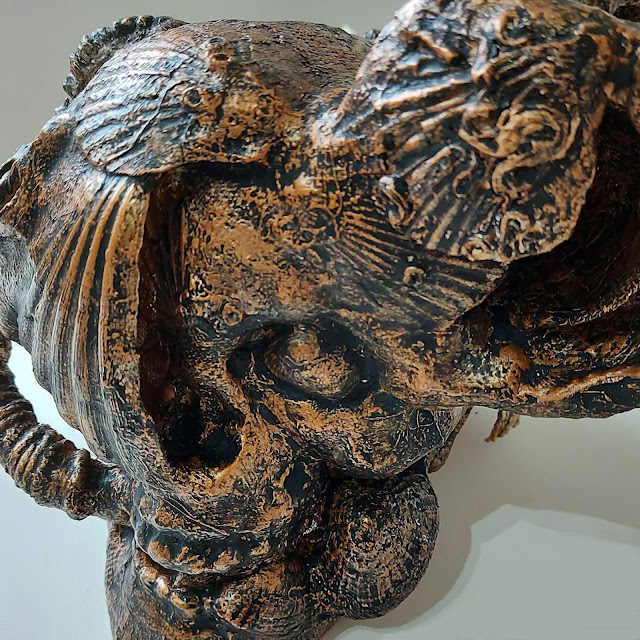 My creative practice is process led, exploring the use of both found and recycled objects and working with recycled plastics and paper to create sculptural drawings and paintings.

For this project, Get Out Of Your Skull, I turned to the Celts for inspiration being as I am based in Scotland.

The skull sits upon our neck and shoulders and carries one of our most crucial organs, governing everything from thought and choice through to action and it is this that the Celts recognised and therefore associated the position of the head with a Seat of Power. Some texts refer to the skull as the house of the soul.

Archaeological findings suggest the Celts threw their skulls into Sacred Waters and Sacred Wells as offerings to the divine. Water carrying the symbolic meanings of Cleansing, purification, and fluidity of motion / emotion. Therefore, throwing the skull - the ‘’Seat of the Soul and power’’ into dark sacred waters, could possibly be seen as an act to cleanse or renew the soul. The number of orifices found in a skull were also seen to be mystical, along the lines of sacred geometry.

The Celts had a fascination with doorways, gateways, and Orifices such as those found in skulls. The number of orifices found in a skull were also related to mystical powers. The numbers three and five especially. The number three for example creating the triangle, a prolific motif amongst the Celts, representing the binding of magic and power. The Circle too, representing the energetic connectivity that is vast and endless.

For a contemporary twist, I have added shapes and forms to my skull suggesting breathing apparatus, through the orifice of the mouth with a funnel like shape to the side. With water and air pollution being very present in contemporary life, I sometimes wonder if the human skull will evolve out of necessity, it’s own filter system organically developed as part of the human body.

This skull connects to the past through symbolism and belief yet bares possibilities of fantastical changes in the human skull through climate change and evolution. 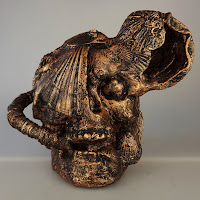 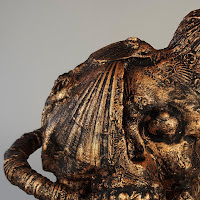 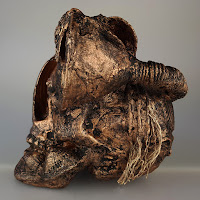 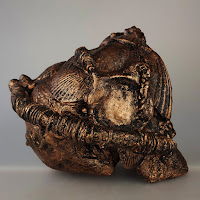 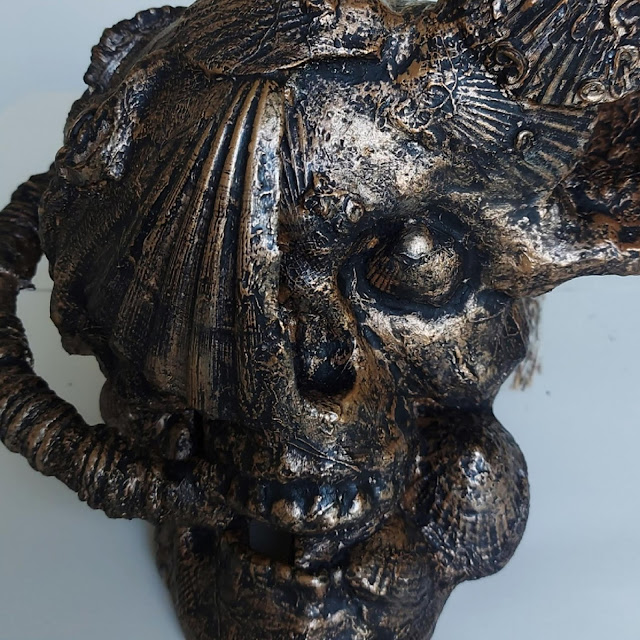 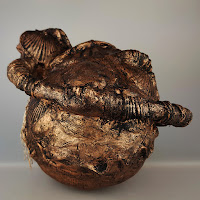