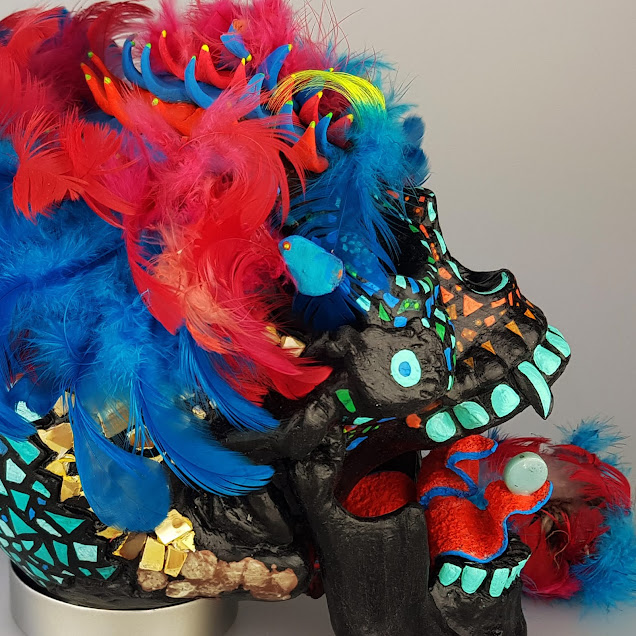 Always present behind my back, waiting for the time for me to sleep, his gait asleep watching me. I turn and turn and with my dance I lull.

Death, my death, my destined death from my first breath.

My nameless name calls you, my disembodied body moves. I walk behind everything, behind everyone, of your light I am the shadow, of life I am an old sister. I am since the beginning, since the origin of everything.

I follow your movements, each of your gestures, I am dead death that cries if you cry. I am a second under water, a memory in the womb, I am death.

Give me back a smile, that hug, give me back my skin, it's my turn to dress in life, you owe it to me, I am your death.

Oh Death, I want to give you my words to drink, so that you feel what it is like to hold them in your chest. They weigh and they hurt for the hours are long, the nights do not exist, because I do not rest. I am already dead.

How I wish to swim in your moisture without sex, in your entire amorphous body. The bells in your chest call for me, but it is not the moment, while I live I will lull you to sleep. 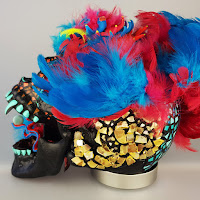 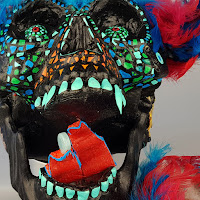 La Pildora de Kukulkan is accompanied by a real bird's nest and inside it is deposited a beautiful seed of the La Ceiba tree or yaxché. According to the Mayan worldview, the universe was made up of 3 planes that were connected to each other by a tree considered sacred by ancient ancestors: the ceiba.

They believed that the branches of this tree symbolized the divine world and allowed to reach the 13 heavens, its roots were the means of communication between the world of the living and the Mayan underworld, Xibalbá. For this reason, within the Mayan communities and other Mesoamerican towns, they considered it a very important plant, they planted a couple of copies of it in the squares of their cities or in their surroundings.

The ceiba tree that in the Mayan language is called “ya´axche´” (yaxché) and which etymologically means “green tree” because it is derived from the words “ya´ax”, “che´che´ (green) and“ che´ ”(Green) and whose scientific name is“ ceiba pentandra ”, it is considered the sacred tree of the Mayan culture. A single tree can measure between 60 and 70 meters in height, its trunk is green in its first years of life, its thickness reaches 3 meters in diameter and its flowers produce up to 200 liters of nectar annually. In addition to being the connector between heaven and the underworld, the tree was connected with the divinities towards human beings so that they were the conductors of the souls of the ancient settlers who yearned to ascend to the highest levels of the cosmos. 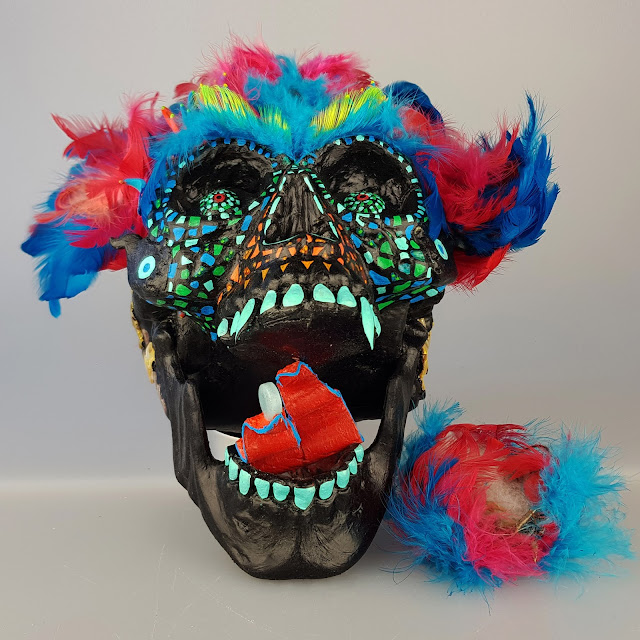 This series of paintings belong to an ongoing project that portraits a personal mythology inspired by Mexican folklore and pre-hispanic religions. In it there are ancient deities, transformers of land and creators of mountains, like the primeval godly couple in The giants of the Lagoon who watch over their work as the Popocatepetl erupts. There are also Mesoamerican deities like Mayahuel, goddess of the agave, and therefore tequila, pulque and mezcal, bringer of joy to men and women; or like Chalchiuhtlicue, The Water Maker, goddess of lakes and rivers, protector of sailors and navigator of dreams. And there is also the original human couple, born from water Swimming in their Ballad, created equal, sharing their visions without prejudice and later on resting placently, knowing that gentle deities care for them, staring deeply into each others eyes as The Lovers they are.

Ana Gabiño was born on April 21 1981 in Mexico City. Her family origins from a small town called Navidad in the state of Jalisco, there she spent long summers during childhood and adolescence, and there she contemplated the day to day life of the peasants: the harvesting of fruits and the care of animals, and witness that unique mixture of Catholicism and pre-Hispanic religion that still happens to this day in rural Mexico. Those summers created a lasting admiration for nature and a great attraction for the stories of the deities and spirits that inhabit in it. 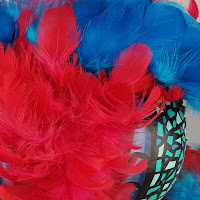