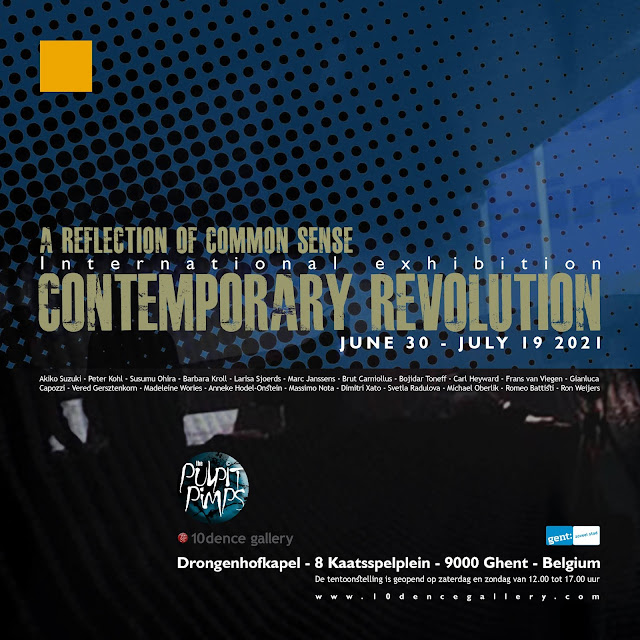 Contemporary Revolution - A Reflection of Common Sense, is an international exhibition project in which the stimulation of alternative cooperation processes is central. The Contemporary Collaboration exhibition presents a group of artists who are all connected in different international networks and work intensively together in both their artistic processes and their professional professional practice. The concept for this exhibition is therefore aimed at stimulating new and synchronized forms of collaboration or 'Contemporary Revolution'.
The objective of 10dence is the stimulation, introduction, organization and realization of alternative, inspiring and inventive processes to promote and support professional art practice. A breeding ground that cooperates intensively within various international networks with the aim of providing an independent platform for artists, for presenting and exhibiting their work at home and abroad. 10dence, in collaboration with artists' initiatives such as Global Art Project (GAP) and Artist Run Alliance (ARA), investigates how the creation and production of art can be cultivated by means of innovative network concepts and the development of alternative breeding grounds and residences that facilitate collaboration, experimentation and the multidisciplinary practice combines with strategic sustainability within individual professional practice.
Under the title 'Contemporary Revolution', initiator and visual artist Ron Weijers has compiled this international exhibition as curator. A presentation by an international group of artists associated with the 10th initiative. The participating artists are all connected in an international network and they all work together intensively within both their artistic work process and their professional practice.
Over 80 creative individuals, musicians, dancers, moviemakers, photographers, graphic artists and visual artists from all over the world will be involved in the realisation of this project. A project much more than an exhibition.
Pulpit Pimps & the Bipolar Barbies - Audio-Visual Performance
During the development process of the Audio-Visual studio project, one of the major issues to conquer and answer has been the question, what would make this project a convincing Audio-Visual performance for the public. It was important that the Audio-Visual performance would contain a clearly defined dynamic concept and theme that we could submit to analyze strategies for optimal development of a convincing real-time performance.

An Audio-Visual Performance containing live visual interaction with the music performed at that instance and based on simultanious real-time interactive motion triggered projections, live video registration with direct response VJ interaction and interactive sound triggered projections.  Furthermore the obvious visible appearance of the musicians with their backline line-up as well as the essential lightning equipment and an additional decorbuilding aspect integrated within the total. Additional aspects within the concept setting of this Audio-Visual performance would involve a dancegroup or ensemble adding on to the possibility to trigger projections. Real-time audiovisual performances are basicly governed by a multitude of variables that include, but are not limited to, performance model, technology integration and aesthetic goals.

Basic ingredient for this Audio-Visual Performance project would be a selection of the allready available Global Frequency rooted musical compositions. A selection of around 20 earlier Global Frequency recordings/compositions would easily provide the base for the development of a 90 minutes musical performance to compile this Audio-Visual Performance on to. Suggested tracks are not applicable as is and would need to get redefined and resampled. Partial use of excisting guidetracks from the actual recordings are available and could be put to use for intro's, outro's and guidetracks/sampletracks. Technically these elements could be triggered by a drumkit related trigger or a synth sample trigger. In any case there would be more than enough material to redevelop into feasable compositions for this Audio-Visual project. The current musician setup lacks of add-on vocals and lead instrument. Within this Audio-Visual concept for performance the implementation of a  frontman/woman would be concidered to be an asset in favor of the total performance. Proposals to be presented in a secondairy stage of the development process. A listing of plausable tracks that could be redeveloped is included after.
Playing with interactivity and motion in time and space in the colorful swirls of abstract, mathematically generated forms and in the mysterious movement of light across musical performers. Exploring the intersection of art and technology and inspired by the behavior of systems, science, nature, and music, the combination of computer code, traditional materials and future technology, brings new ideas to life. Translating these ideas to the audio-visual realm means linking sound and vision in ways that dynamically delineate cause and effect.  By extrapolating intrinsic perspective and translating meaning into extrinsic constructs, both the performers and audience gain deeper insight into function and significance of not only the main theme but also the individual contributing factors that make up the performance.

By literally creating sound collages from fragments of visual art from a large variety of participating artists, the audience witnesses is a perpetual climax, driven by the continuous and fluid triggering of visuals. The setup is calculated down to the smallest detail, and yet there is plenty of room for improvisation, pulling viewers inside the net and through a supersonic visual tunnel, assembled in a variety of ways, to build up simultaneously with rhythms, loops and textures creating a delightfully barrage of moods & sounds. The whole process is executed in a thoughtful and imaginative way, and with a sense of humour.

The actual concept and audio-visual content for this performance project would focus on critically engaging with current events and contemporary society and picking up relevant and motivated, up to date topics. Vocal and spoken word focus as well as a visual focus ability and possibility would support a synchronized interaction with the audience as well as a satisfactory expressive statement by content and concept for the creatively involved. A synchronied and more internationally positioned version of the past tence and more national positioned Farce Majeur concept. Reviewing a worldwide climate of inflaming violence and it's obvious consequences, laid-back absorbed from a cozy armchair as presented by a large variety of conveniently censored news-broadcasts, we would be able to develop and construct a concept and style that would trademark the content of this audio-visual project. The visualization and philosophy on the concept for this project, can be enigmatic in parts and often deliberately dark and dazzling at the same time. Furthermore the concept mostly contains a highly potent mixture of symbolism that would work as an immersion booster. Aa strong essence of idealism would be integrated within the artistic processes, thriving on freedom of expression, Overall the content would be developed in order to reflect an antipathy or solidarity to the peticular cause as integrated within the concept. In general the audio-visual parts of this production will discharge a positive loaded energy field from a distant viewing point and will reveal the actual and opposite details only by closer examination. With the performance of a project like this, the transfer of critical views and thoughts towards the audience, to improve awareness and to promote and to stimulate an open dialogue and discussion on specific and often sensitive issues would be key issue. 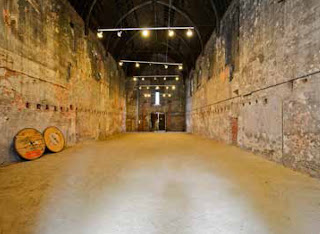