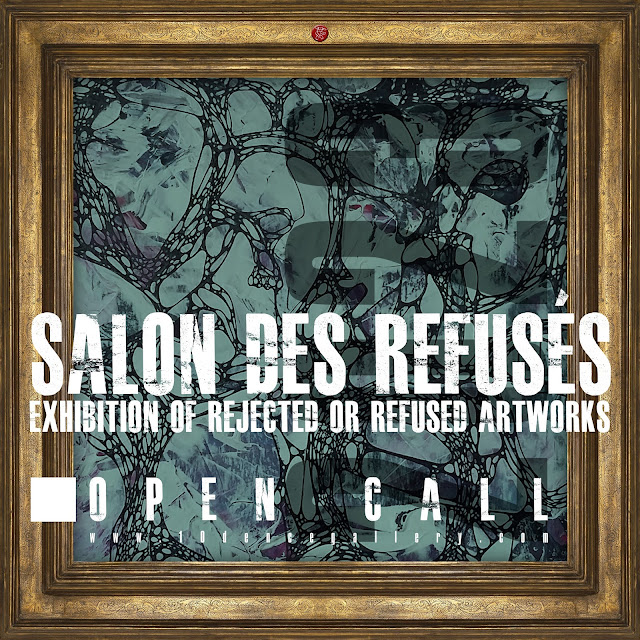 Who Decides…!! - Exhibition of Rejected or Refused Artworks

"Salon des Refusés" refers to an art exhibition held in Paris, in 1863, to show paintings that had been rejected by the selection committee of the "Paris Salon", the official academic annual showcase of French art. Since the Academy was the traditional champion of the orthodox style of painting and sculpture known as "Academic Art", the majority of the jury tended to vote against any artwork which was in the least bit unconventional. A rejected painting was bad news for an artist, since the Salon show provided the only opportunity in the French arts calendar to display work to art collectors and dealers, as well as to art critics and writers. In 1863, almost halve of the 5000 submitted paintings had been rejected by the Salon selection jury and many artists protested. Emperor Napoleon III, known to be extremely sensitive to public opinion, ordered a new exhibition to be organized, the "Salon des Refusés", in order to display all the paintings and sculptures that had been refused admission to the "Paris Salon" and to allow the public to judge the merits of these works for themselves.

Our motivation to develop this exhibition project, partially did find its conceptual origin in the history of the "Salon des Refusés". Over the years, unfortunately we have seen plenty of similar rejection or refusal art events, taking place. Either based on political or religious motives, or just simply based on conservatism, egocentrism, lack of vision, or arrogance on selection criteria of the art establishment. As an example, one of the worst occurrences in recent history would be "Degenerate Art" or "Entartete Kunst", a term adopted by the Nazi Regime, that banned art on the grounds that it was undermining the ideology of the regime and therefore unacceptable, and those identified as degenerate artists were subjected to sanctions. We could list many more recent occurrences here within a similar context, but we prefer to generate a positive and constructive exhibition concept for the international artworld. This exhibition will display artworks, created with artistic vision and reflection on the concept in a broader sense. The aim of the exhibition is to differentiate, to promote, and to stimulate refreshing and new thinking patterns within a rapidly changing art world. The artworks will naturally provide food for thought from various points of view and as usually, the content of this exhibition puts a focus on stimulating dialogue and discussion among its visitors.

Submission: This exhibition is open to all professional artists to apply with work in any medium that adhere to our concept for our consideration. Please send an email to info@10dencegallery.com and provide all required information requested like CV, artist statement, contact Information, website, and several recent samples of your work, and submit up to three (3) jpeg images of works stating dimensions and information within the filename, for consideration to get included within our 10dence platform "Salon des Refusés". A 10dence Platform committee of representatives will jury this exhibit. Criteria will be based on execution quality, originality, presentation/framing, and space availability.

This "Salon des Refusés" exhibition will take place in the timeframe September/October 2023. Details will be provided by 10dence Platform upon notification of inclusion.

All actual submissions must be properly framed, matted, appropriately wired (no saw tooth hangars), and ready to hang. All submissions will be inspected at take-in to assure they adhere to gallery standards. Submissions not meeting our standards will be rejected.

Works by included artists are subject to a 25% sales commission.